MY FATHER grew up firmly believing he was going to be a dentist someday. As a child, he was stubborn, albeit ambitious — determined not to follow the missteps taken by his father and grandparents in squandering their wealth. He is a go-getter with a tongue that cuts through steel, more often that not speaking without regard for tact, or hypocrisy for the sake of diplomacy. A typical alpha male, with a quirky sensibility devoid of superficial desires for keeping up appearances. What you see is what you get. I look up to my dad, but this entry isn’t about him so he will have to wait. Haha.

MY MOTHER, on the hand, is a somewhat different story. My grandparents weren’t rich, but valued education, and made sure to give their children the best they could. Owing to diligence (and good genes), Mama always got top honors throughout her elementary and high school years, and graduated cum laude from dental school in 1984. Her parents didn’t even need to push her to achieve; she was an innate go-getter. Unlike my father however, Mama always had a certain finesse about her, always careful with her words. She speaks eloquently and with tact, never being deliberately offensive or insulting. I wish I could say the same for myself, but I am undeniably more like my father in that regard (see photo below). Mama’s post-graduate studies in Orthodontics gave even more accolades to her name, garnering ALL seven “Best in-“ awards — a feat unmatched before OR even after her in the history of that Philippine orthodontic organization.

I am still in awe at how I, a stereotypical slacker, could be the daughter of such an achiever.

Mama didn’t always want to become a dentist, though. She grew up aspiring to become a nurse, and then a doctor — not surprising considering my great-grandfather who was a physician, helped my lola give birth to her. My great-grandfather, Felix Amorsolo, was a doctor who graduated at the top of his class in UST and did his postgraduate studies at Georgetown University before WWII broke out. He was brilliant at his craft, and could’ve made himself into a very rich man, but chose to serve in the barrios of Davao Oriental instead (for what reason, I don’t know). I suppose this inspired my mother to seek the same path, always carrying a sense of altruism (and I’m not just saying this to sound patronizing), but it wasn’t meant to be. My lolo wouldn’t let her, citing her (then) thin frame and weak health. She acquiesced and studied Accounting instead (she’s good at math too!), before shifting to Dentistry.

While studying Dentistry in Cebu, she would save every penny from her monthly allowance after buying groceries and other essentials, while her sister (who studied dentistry at the same time) would blow her allowance on clothes and trips out of town. It was often the case that my mother had to feed her younger sister for weeks after every trip because by then, my Tita had already spent every last centavo of her allowance. Haha. It’s a funny story my mom relishes to tell us every now and then (to my tita’s ire, I presume). A similar, albeit not-so-funny, symbiosis worked with my mother and her older brother as well. For a long time, Mama used to lend money to my Tito to get his family through hard times, mainly due to his alcoholism and gambling (we all have our family hang ups). As a child, I was well-aware of this “arrangement” and often chastised my cousins (my Tito’s children) for it. I was mad at them for taking Mama’s money which could’ve been spent on me and my brothers. Admittedly, I was a selfish young brat. Growing up however, I saw the wisdom in Mama’s actions and began to feel a newfound appreciation and gratitude for having a mother as generous as mine.

She is simply one of the most selfless people I know.

Mama rarely goes shopping. Although she can very well afford it, she doesn’t spend a lot on herself, choosing to dispense her hard-earned money on her children’s needs (and whims). And unlike most women, she shuns wearing make-up (no kidding) and avoids shopping for the latest fashions unless absolutely necessary. At this point, I will even go so far as to say that she is the epitome of simplicity. Don’t get me wrong, I am not trying to paint my mother as a saint — she isn’t. Like most people, she has her indulgences as well. Household renovations, furniture, food and cookware are her guilty pleasure of choice (which drives my uber thrifty and stingy dad crazy). With that said, I guess she isn’t that simple after all, but it doesn’t make her any less of the awesome person I know her to be.

Wife. Mother. Dentist. Chef. Architect (she designed our house). Accountant (she does all the accounting for our businesses). Daughter. Sister. Friend… et al.

She is a very complex woman; more complex than I can ever give her justice. To me, she is inimitable. A jack of all trades, and a master of all as well. And I’m the proudest daughter in the world for having her as my momma!

(Sorry for divulging your age, lol). 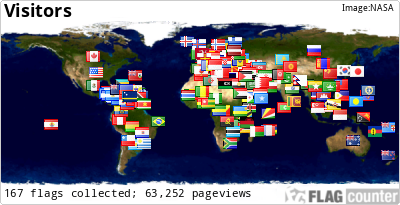